The Air Max 95 is one of the most famous Nike models in history and has been released in a variety of colourways. Today we are having a look at the 95’s roots and why it became so popular.

The visual design of the Air Max 95 was created by Sergio Lozano, he based the design on the human anatomy. The spine of the shoe resembling the human spine and the materials intended to represent skin, ribs and tendons. The Air Max 95 was the first pair in the line to utilise two air cushions in the forefoot and used air pressure technology to fit the curvature of the wearer’s forefoot. The first colorway was black, neon yellow and white. Neon yellow was used to emphasise the multiple air units. The shoe also introduced a smaller Nike swoosh minimised in the rear side panel. Original releases featured a “25 PSI” air pressure reading on the rear air unit. Uppers also featured 3M Scotchlite material. According to a 2007 tabloid newspaper study of the UK Forensic Science Service’s database of footwear, the Nike Air Max 95 was “criminals’ number one choice” in footwear! 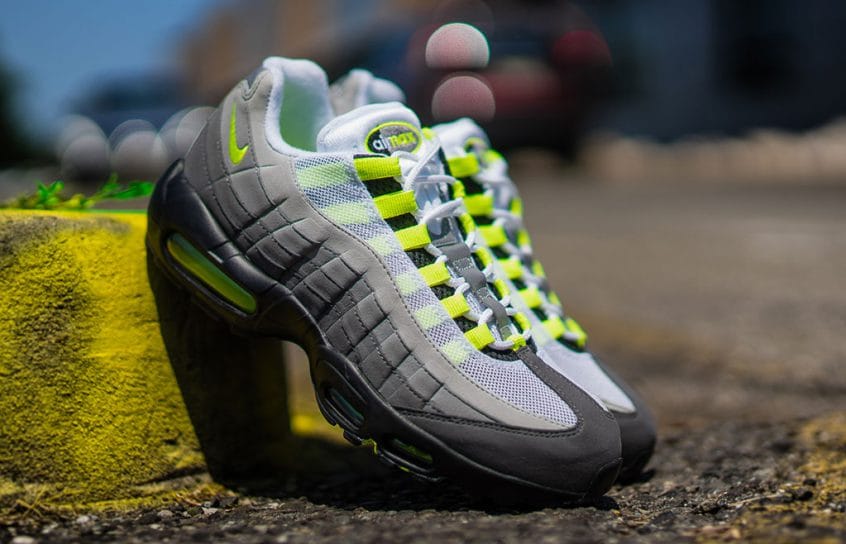 The 95 was a brand new approach to runner cushioning by being the first of its kind to feature the visible Air unit in the forefoot. It was also the first Air Max model to have a black midsole. With its unique colorway, Swoosh placement, and dual air-powered cushioning system, the unapologetically brash Air Max 95 quickly progressed into a youth culture icon. This was especially so throughout Europe and Australia. 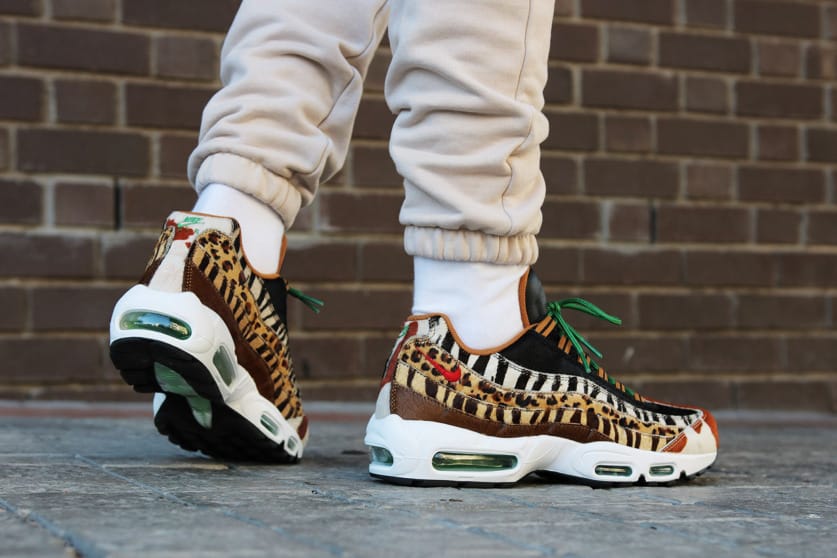 Though not the most often reiterated Nike model, the Air Max 95 has seen its share of vibrant colorways and modern collaborations, especially so throughout the 2000s. Above is the atmos x Nike Air Max 95 2006 Supreme “Animal”. The beloved 95 will always be a timeless classic and holds a very special place in our hearts, so take a look at what we have to offer at Natterjacks to pay homage to the 90s.